The blue or little penguin (Eudyptula minor) is also known in Maori as korora.

They only come ashore under the cover of darkness and live underground in burrows. Although quite common, its small size and unusual habits make it rarely seen.

Little blue penguins have recently started nesting under some of the beachfront properties in Matapouri and other beaches on the coast. To protect them from dogs, and encourage them to return, we have built nesting boxes which can be purchased for $50 each.

Why and when they come ashore 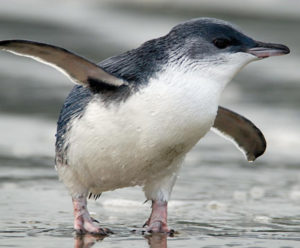 Adult birds come ashore between May and June to prepare nests. This small bird may waddle up to 1.5 km from the sea, and climb 300 m to find the perfect nest site. Traditional nests are in underground burrows, under vegetation, in crevices, between rocks or in caves. Since people came onto the coastal scene, little penguins have also taken to nesting under houses and boat sheds, in stormwater pipes, and stacks of timber.

Usually two eggs are laid from August to November. Young chicks are generally not left alone until three weeks old, and then both parents are kept busy bringing in food. After about eight weeks the chicks are ready to fledge and fend for themselves.

Independent once again, parents stock up on food before coming ashore to shed their feathers and grow a new waterproof coat. The moult lasts about two weeks and can happen any time between November and March. The penguins are especially vulnerable at this time as they cannot swim. 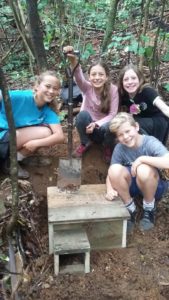 Meri Kirihimete! Merry Christmas and Seasons Greetings! Our Tutukaka Kiwi are all keeping us on our toes with four more Kiwi gals to keep an eye on and Harry playing Houdini - here is an update on END_OF_DOCUMENT_TOKEN_TO_BE_REPLACED